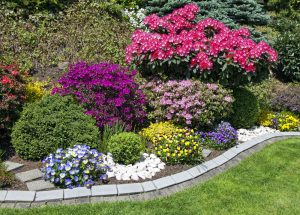 “To be included among the past recipients of AHS awards is the highest honor of my professional life, and nothing I could ever have dreamed of receiving,” said Paul Tukey, who founded People, Places & Plants magazine in 1995, along with a television show of the same name in 2002. “It is something I share with an incredibly dedicated staff at People, Places & Plants and my friends and family, who have supported me through all the trials and tribulations of an running an independently-owned publishing company in this day and age. Honestly, to win this was stunning.”

Founded in 1922, the American Horticultural Society

is one of the oldest gardening organizations in the nation. Its awards program, started in 1952, is considered to be the most prestigious in the field of horticulture.

“The American Horticultural Society recognizes American horticultural heroes in a wide variety of professions through the annual Great American Gardeners Awards,” said AHS President Katy Moss Warner. “These awards celebrate the best and brightest in our nation, from scientists who develop tough plants for our gardens, to public garden professionals who promote earth-friendly gardening practices, to journalists who popularize gardening throughout America. This year, Paul Tukey is receiving the AHS Horticultural Communication Award in recognition of the extraordinary work he has done to encourage gardening through his dynamic talks, his presence on HGTV, and his People, Places & Plants magazine.”

Tukey, who hosts a popular gardening show based

on the magazine on HGTV at 7 a.m. each Sunday, is one of 12 members of the horticultural community who will be honored by the American Horticultural Society during its Great American Gardeners Awards ceremony and banquet on June 2. He is just the third Maine recipient of a lifetime achievement award since AHS began presenting the awards. University of Maine horticulturist Lewis Lipp (1972) and Currier McEwen (1995) were the others.

“At times like this there are many people I really hope are smiling down on us, and Currier is one of them,” said Tukey, who wrote numerous articles about the renowned iris hybridizer from South Harpswell, Maine, who passed away two years ago at age 101. “Another would be my grandfather, Henry VanDyne, who — I’m proud to remember — once won the award for dairyman of the year for New England at the Springfield Exposition. Spending my summers with him on his farm was what made me love the scents and physical activity of gardening.”

After graduating from the University of Maine

and embarking on an award-winning, nine-year career as a sportswriter and newspaper editor, Tukey followed his love of the outdoors into landscaping and founded his own company, Home ’n’ Land, in the late 1980s. In honoring Tukey for his garden writing and his television work that began at NBC affiliate WCSH6 in Portland, Maine in 1996, the AHS cited his repeated commitment to supporting independent garden centers as well as promoting environmentally friendly gardening — including an upcoming book on organic lawns.

“Now more than ever I think it’s important to retain an independent voice and be an advocate for the environment and family business,” Tukey said. “This award, in great measure, is a validation of the efforts we’ve made. We really try to make a difference in people’s lives.”

Tukey also reiterated his thanks to many people

who have made a difference in his own life and professional career. “This really should be an award for everyone involved with People, Places & Plants because, even though I had the idea, the company belongs to our staff and everyone in horticulture in the Northeast,” he said. “I could fill an entire magazine thanking everyone who has helped, including Susan Gilman and Rick Churchill, who have been here since the beginning, and especially Mark Sellew, who was at our side for five extraordinary and evolutionary years. And, of course, ‘The Man in the Red Suspenders’ and his amazing wife — Roger and Elisabeth Swain. If I should get an award for anything, it would be my ability to surround myself with great people.” — Allen Lessels